What's on your mind?

This is the place to talk about your favorite topic, to share news, theories, ideas, and to connect with others. The content from your Forum has been converted to Discussions posts, so nothing has been lost.

To learn more about what you can do here, check out community.wikia.com/wiki/Help:Discussions

If you're an admin on this community, read more about how you can customize your Discussions and set up guidelines for contributors: community.wikia.com/wiki/Help:Admin_and_Moderator_Tools_in_Discussions

If anyone has a character they'd like to cameo in MMRSR, (these can be characters from anything, and do not exclusively have to be from Bionicle, Power Rangers, or BZNui) reply to this, and they'll cameo in the comic at some point or another.

And as a question, the Toa Mata will make cameos, but human versions of them, which of the Toa, aside from Gali, should be genderbent for their cameos?

I ask a similar question about Matoran, but since there are so many, if you want a specific matoran to cameo, just mention which in response to this, and whether or not you want them to be genderbent.

At some point, there may be an 'episode' that, like the MLP episode, "Slice of Life", will feature the cameos as major roles, rather than the Ranters, if you want any cameos to be serve the major roles in that 'episode', then put an asktertisk next to their name.

Hello there, and welcome to the Kanohi Force!

Here is all the general information you can find for this group, aside from what you can find in the profile info. 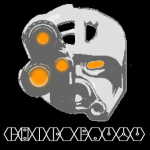 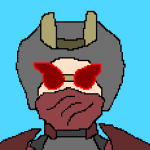